In this short video, photojournalist Richard I’Anson explains what to look for, how to prepare for travel and the shot, and how to take great travel photographs.

END_OF_DOCUMENT_TOKEN_TO_BE_REPLACED

The Nenets — who live at daily temperatures of -35°C (-31°F) in northern Siberia, wash just once a year and eat raw reindeer liver to survive — are documented in beautiful black and white monochrome photographs made by photographer Sebastião Salgado, possibly the best-loved photojournalist in the world.

These people endure the coldest temperatures imaginable. They stand like statues, apparently frozen still, positioned against the snowbound winds that drive the snow across the picture in silvery blizzards. They stand, and they withstand.

(And mainland Australians think my island home of Tasmania is cold!)

END_OF_DOCUMENT_TOKEN_TO_BE_REPLACED

Photojournalist James Nachtwey is considered by many to be the greatest war photographer of recent decades. He has covered conflicts and major social issues in more than 30 countries.

Nachtwey has been a contract photographer with Time since 1984. However, when certain stories he wanted to cover – such as Romanian orphanages and famine in Somalia – garnered no interest from magazines, he self-financed trips there.

He is known for getting up close to his subjects, or as he says, “in the same intimate space that the subjects inhabit,” and he passes that sense of closeness on to the viewer.

In putting himself in the middle of conflict, his intention is to record the truth, to document the struggles of humanity, and with this, to wake people up and stir them to action.

[Photography] puts a human face on issues which, from afar, can appear abstract or ideological or monumental in their global impact.

Like to learn more about Nachtwey’s work? Check out the following links…

A selection of images from our recent holiday to the islands of Lombok, Indonesia. The photographs are best viewed large for better detail, so if any take your particular interest, please do click to evoke the bigger version! 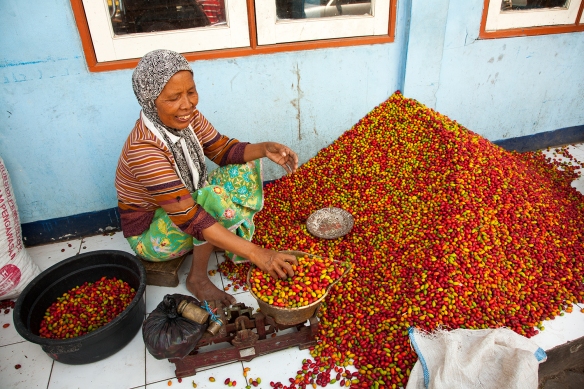 END_OF_DOCUMENT_TOKEN_TO_BE_REPLACED

Ben Lowy is an award-winning conflict photographer and photojournalist considered controversial by some because he captures his images with an iPhone.

Of his work, Ben says:

For years, I have worked with bulky digital cameras, always mindful of the technical manoeuvres from setting the shutter speed and aperture to editing and toning on a computer screen. In the last two years I have discovered that my iPhone has allowed me to capture scenes without feeling that I am once again on the job. To “point and shoot” has been a liberating experience. It has allowed me to rediscover the excitement of seeing imperfections and happy accidents rendered through the lens of my handheld device. I am able to create imagery, edit, and transmit all these images, creating a modern and efficient workflow for the most inefficient of pursuits – self expression.

END_OF_DOCUMENT_TOKEN_TO_BE_REPLACED

This is Indira, 7, from Kathmandu in Nepal. She lives with her parents, brother and sister in a house which has only one room, with one bed and one mattress. Indira has worked at the local granite quarry since she was 3. And this is where she sleeps…