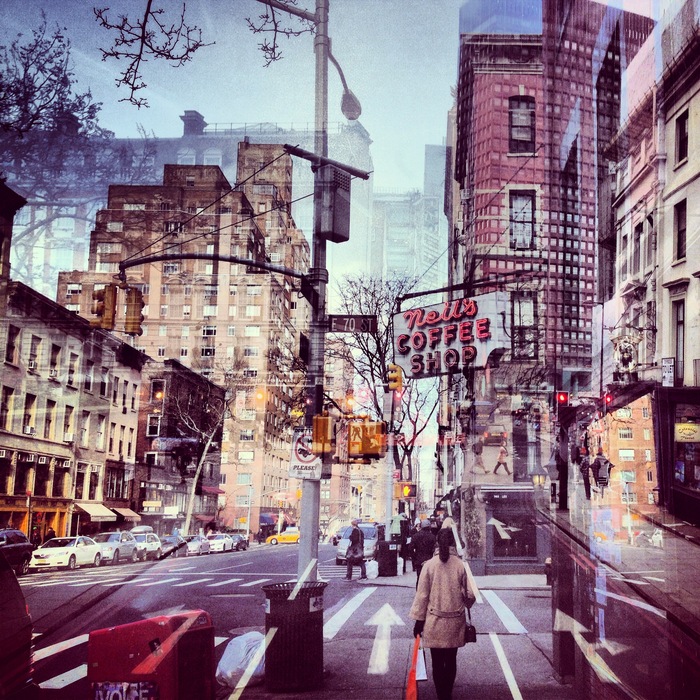 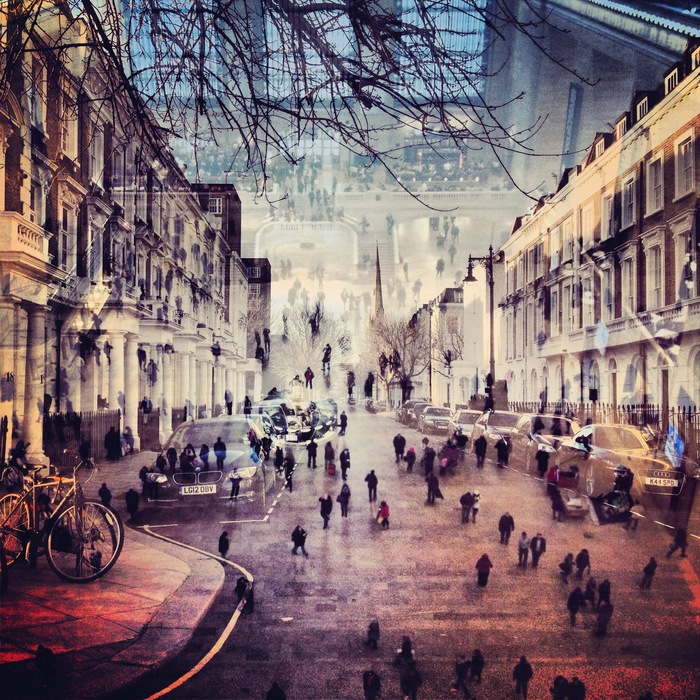 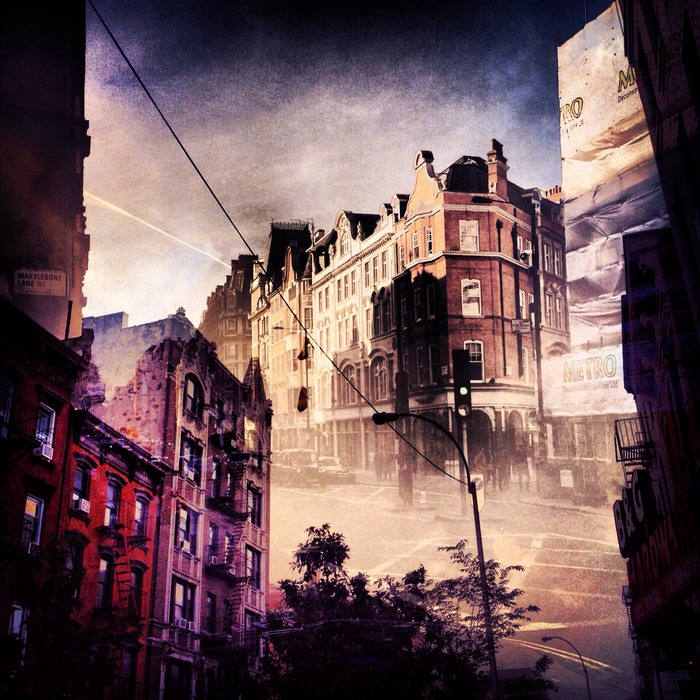 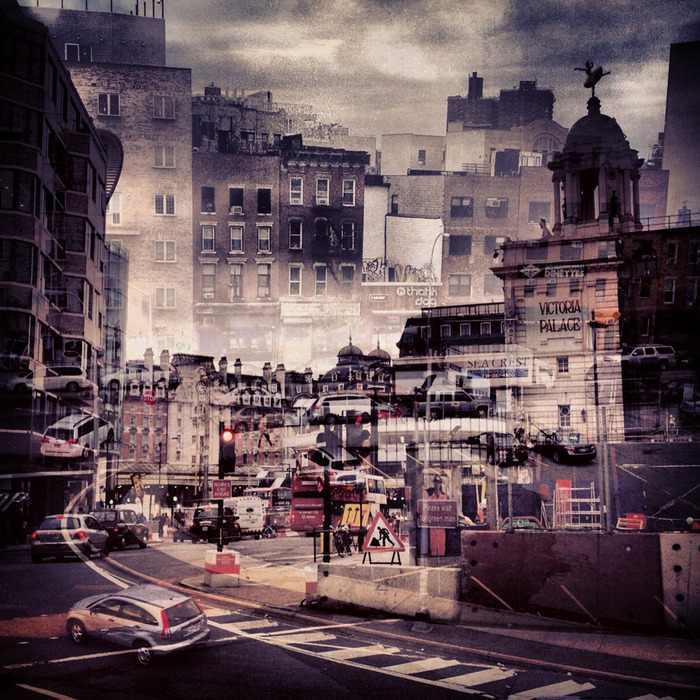 Of her work, Daniella says:

When I moved from New York City to London late last year, I decided to create a series of double exposures. These images are a love letter to two beautiful cities — a personal map of their streets and their skylines.

All of the photos were taken with my iPhone 4S and gently edited with smartphone apps. There are 100 New York + London images in total — covering the South Bronx to the Far Rockaways in New York, and Whitechapel to Hammersmith in London.

Each pair of images is selected based on negative space, color, and contrast. Together, they create imaginary landscapes, like the ones we form when we think of home. For every New York + London you see, I rejected a dozen versions that didn’t feel quite right.

The iPhone was my camera of choice because I’ve grown to love the informal nature of smartphone photography. The bulky digital camera I use for newspaper and magazine assignments demands a level of focus and deliberation that can be restrictive, but my phone frees me from those constraints. With it, I’m able to spontaneously experiment and use editing techniques that would be out of place in photojournalism. 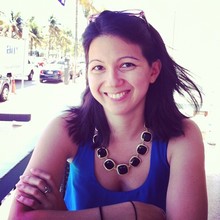 Her photographs have appeared in exhibits throughout New York City and are part of the permanent collection of the Museum of Fine Arts, Houston.

She graduated from Columbia University in 2009 with a degree in architecture.

And if you like Daniella’s work, be sure to check out…

The shimmering cityscapes of Stephanie Jung