… check out some of the fun images possible and the short video below – but first here’s some background information from the official website:

Panoramic photography creates fascinating images. Very wide angle images are closer to the human field of view than conventional pictures. If seen through a panoramic viewer they let us experience a location as if we were there.

Panoramic image stitching can create panoramas from pictures taken one after another. Unfortunately, acquiring the images takes a lot of time and moving objects may cause ghosting. It is also difficult to obtain a full spherical panorama, because the downward picture cannot be captured while the camera is mounted on the tripod. 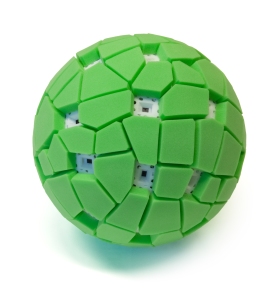 In this work, we present a throwable panoramic camera that solves these problems. The camera is thrown into the air and captures an image at the highest point of flight – when it is hardly moving. The camera takes full spherical panoramas, requires no preparation and images are taken instantaneously. It can capture scenes with many moving objects without producing ghosting artifacts and creates unique images.

Our camera uses 36 fixed-focus 2 megapixel mobile phone camera modules. The camera modules are mounted in a robust, 3D-printed, ball-shaped enclosure that is padded with foam and handles just like a ball.

Our camera contains an accelerometer which we use to measure launch acceleration. Integration lets us predict rise time to the highest point, where we trigger the exposure. After catching the ball camera, pictures are downloaded in seconds using USB and automatically shown in our spherical panoramic viewer. This lets users interactively explore a full representation of the captured environment. 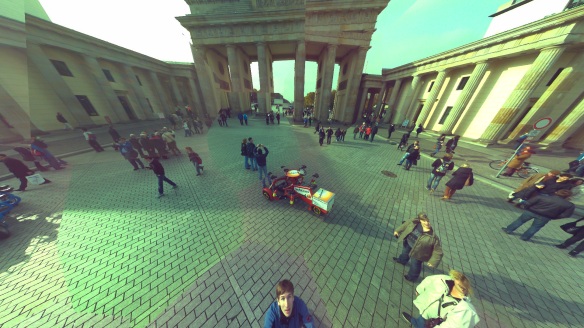 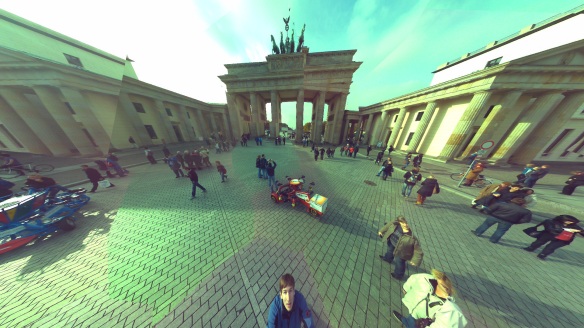 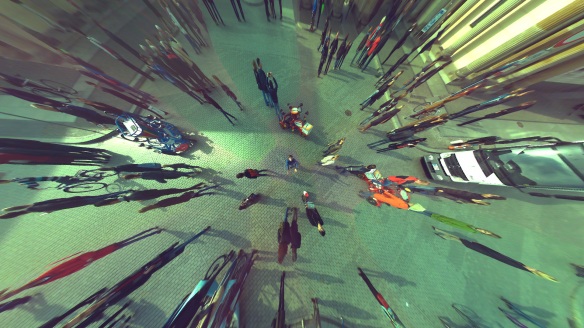 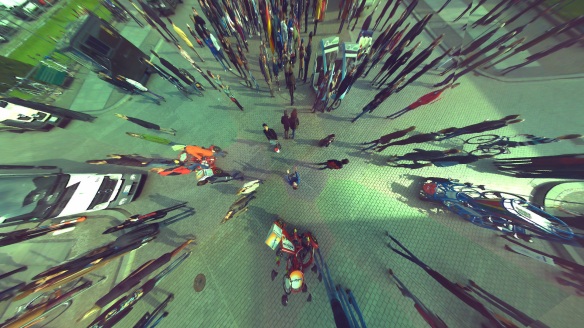 Check out the following short video for more…

I found out about this funky camera via stephanissima on lizabethlacey’s blog… you can learn more about the project and the team behind it right here!

So what do you think? Can you imagine having some panoramic fun with one of these cameras?